Prague needs no introduction. Medieval streets, beautiful architecture that celebrates different epochs and the rich culture life put Prague on the list of the most beautiful and worthy visiting European cities. Fascinated eyes are everywhere. They experience this marvelous city, they really live it. 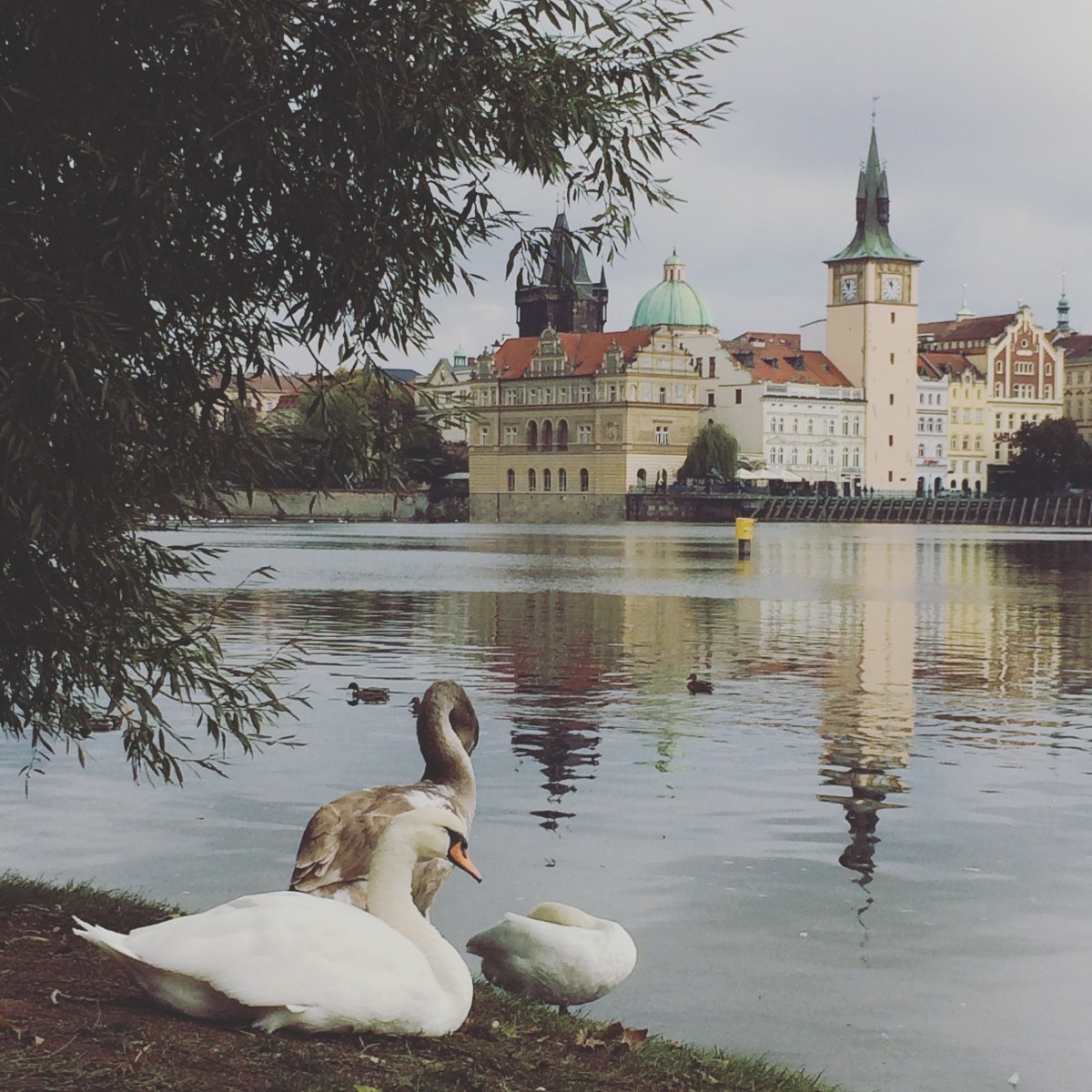 Being a student I earned my living painting the watercolors for the guests of Prague. It was like in a previous life. Prague obviously doesn’t remember that time as well. It offers tourists mainly the art prints now. I made sure of it last week.

I can’t say that I saw Prague for the first time, although it was my first visit to this beautiful city. I learned its most popular, touristic places while painting watercolors, that’s why I didn’t have the intention to use the ordinary route like “1o places you should visit in Prague” as I knew them from different ankles long ago. We just walked bumping into beauties that the city opens in front of our eyes. Of course, there were sights from that “must see places” list.  Sooner or later you just have them on your way.

Sun didn’t amaze us, it came out of clouds for several minutes and hid behind them again. We caught cold, dull and rainy days in Prague. “Last week was so warm and sunny” – we heard it during our stay often. “What a pity, you haven’t come then!”

But.. I was even satisfied with the weather. The grey color palette of Prague was unknown to me. And exactly the shades of grey, there were definitely more than fifty, 🙂 gently supported the medieval streets and places. The pavement of the Old Town and Mala Strana got alive under the touch of both rain and evening lights.

Charles Bridge together with its sculptures that outline its both sides nestled down in the autumn mood of the colorless sky. Although the weather wasn’t inviting there were enough people who weren’t afraid of getting cold in their thin coats. Somebody stopped in front of sculptures and examined their richness in details. There were also those who followed the certain ritual in the belief their dream would come true soon: they stood with the closed eyes touching one of the sculptures that would do a miracle. Somebody talked pretty loud about the political system in Czech republic. But some tourists were just like us, they silently walked with the slight face on the face. 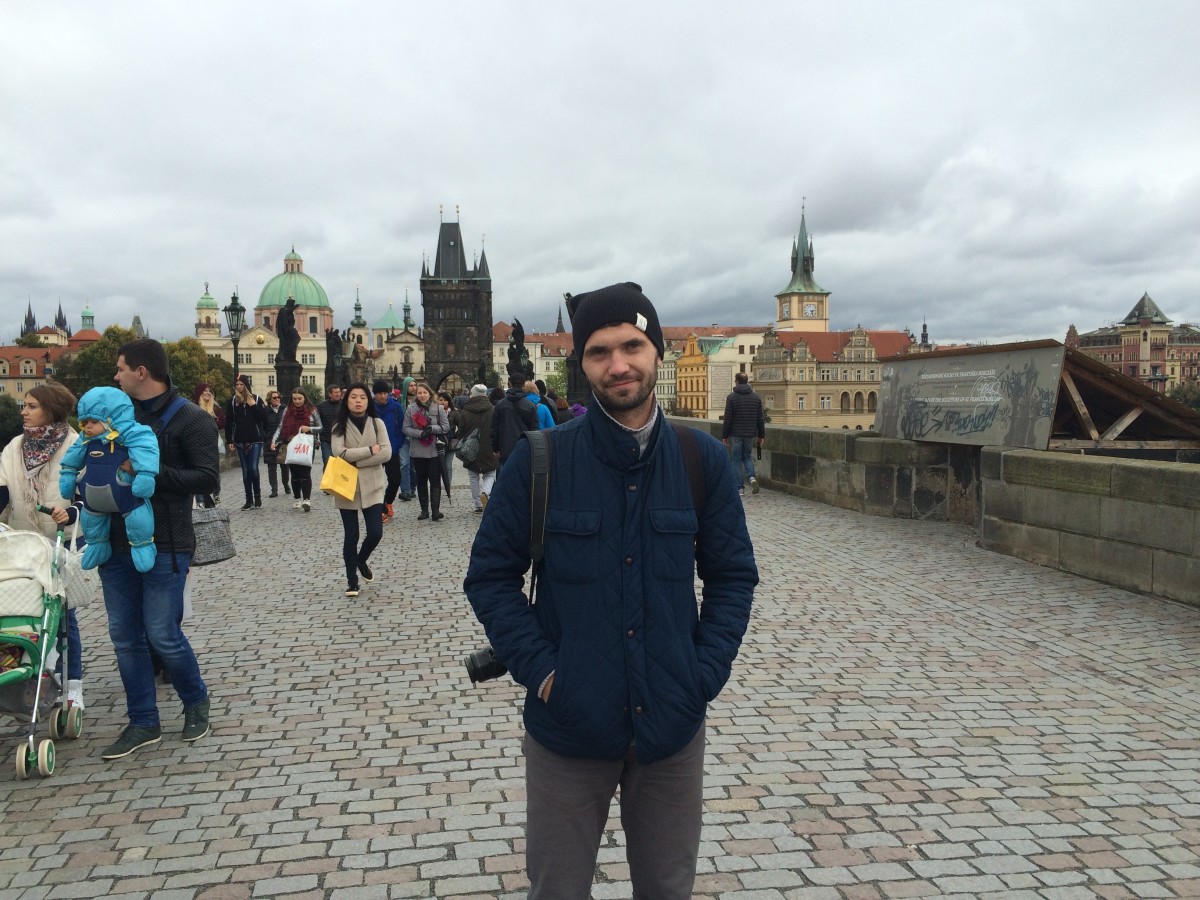 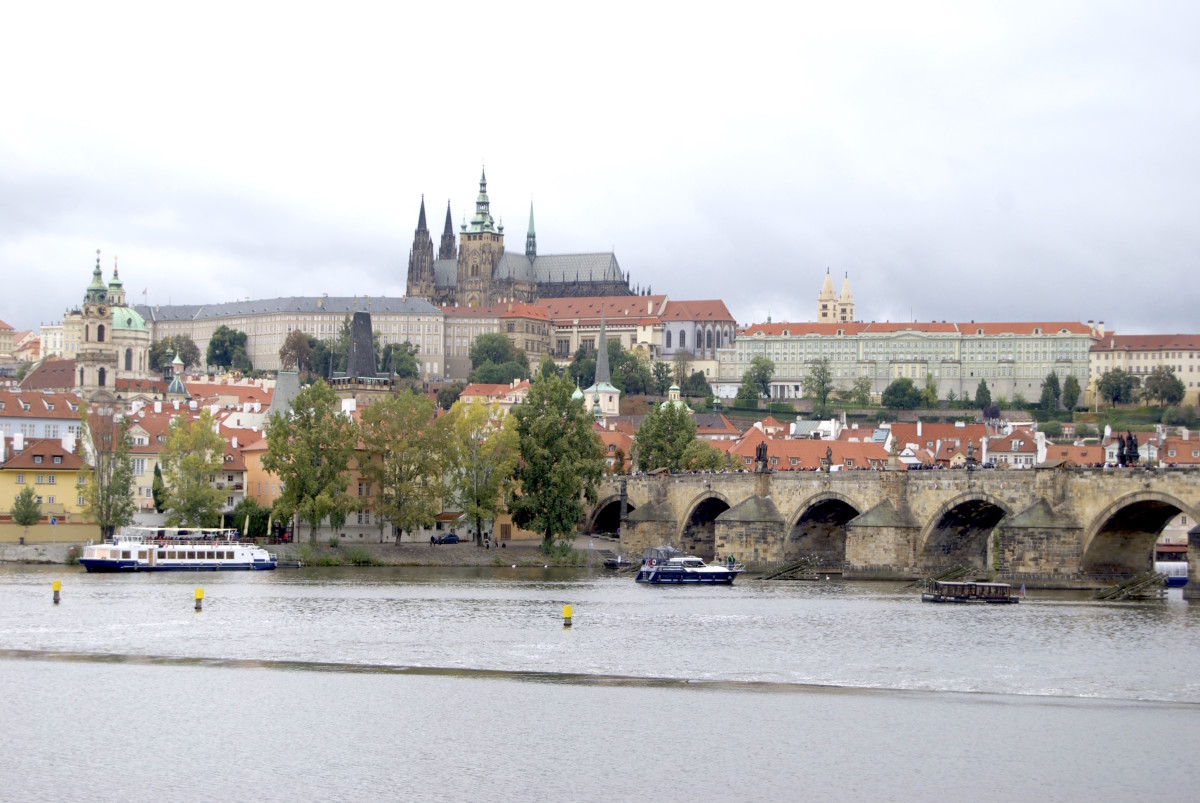 View on Charles Bridge in Prague 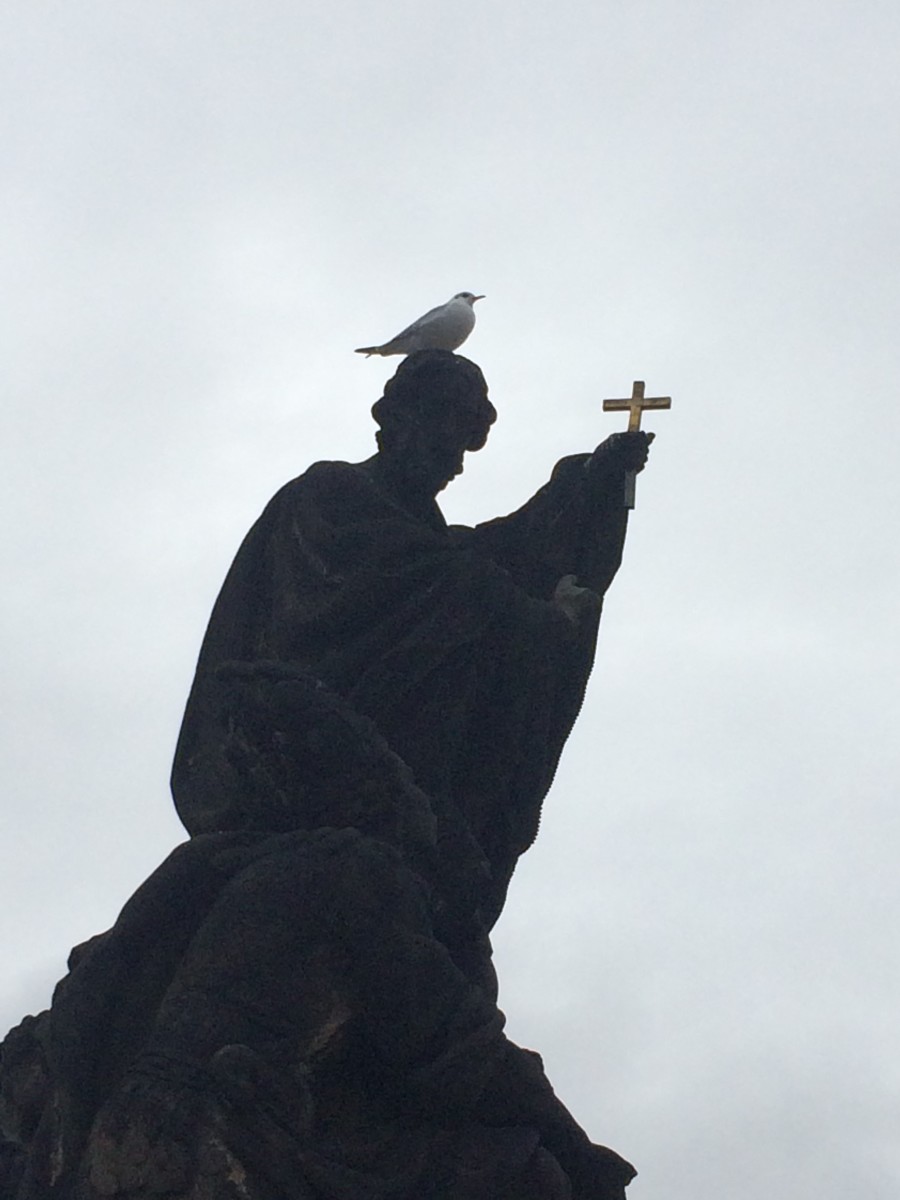 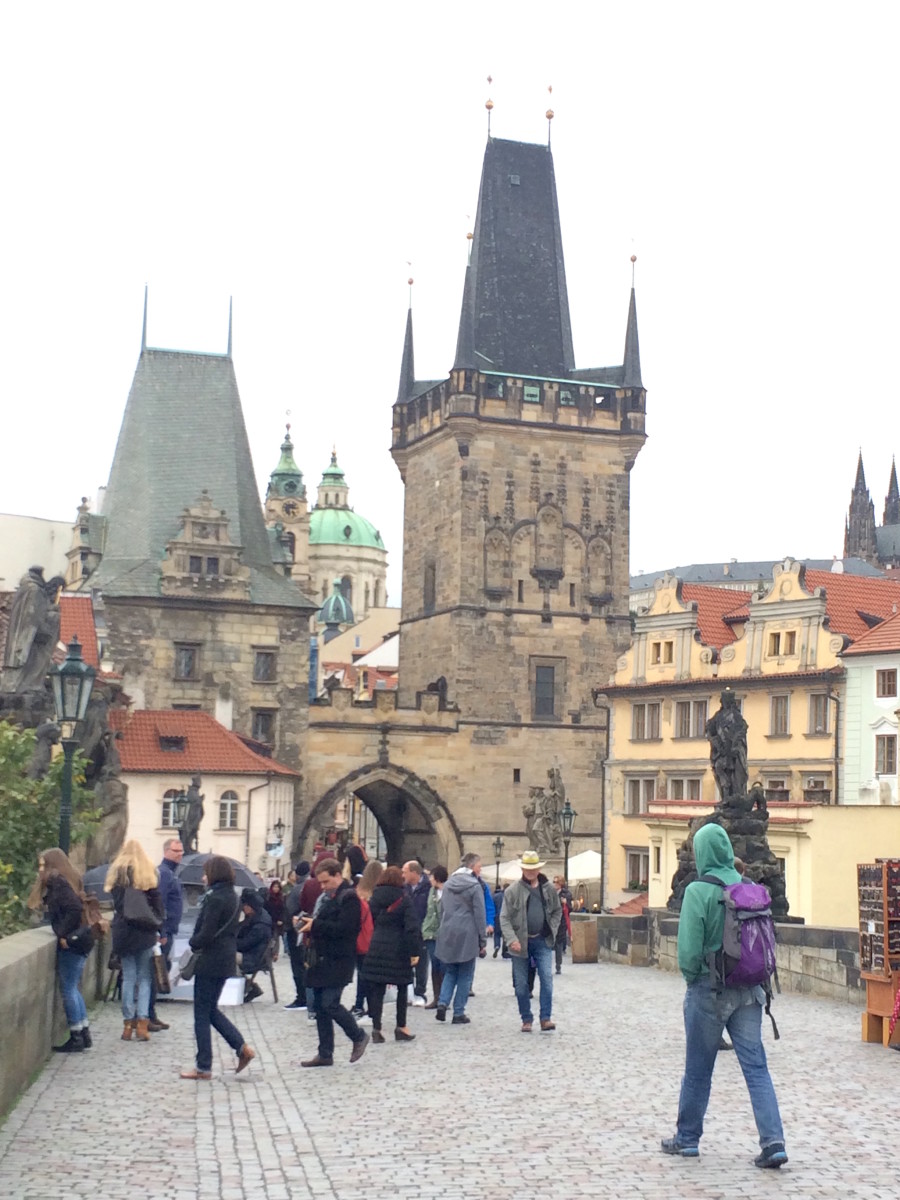 On the left, Charles bridge opens the door to the Mala Strana district in Prague. The net of narrow medieval streets goes at the foot of the hills. You feel bohemian atmosphere there. No wonder, this part of Prague was the center of the bohemian life in the past. 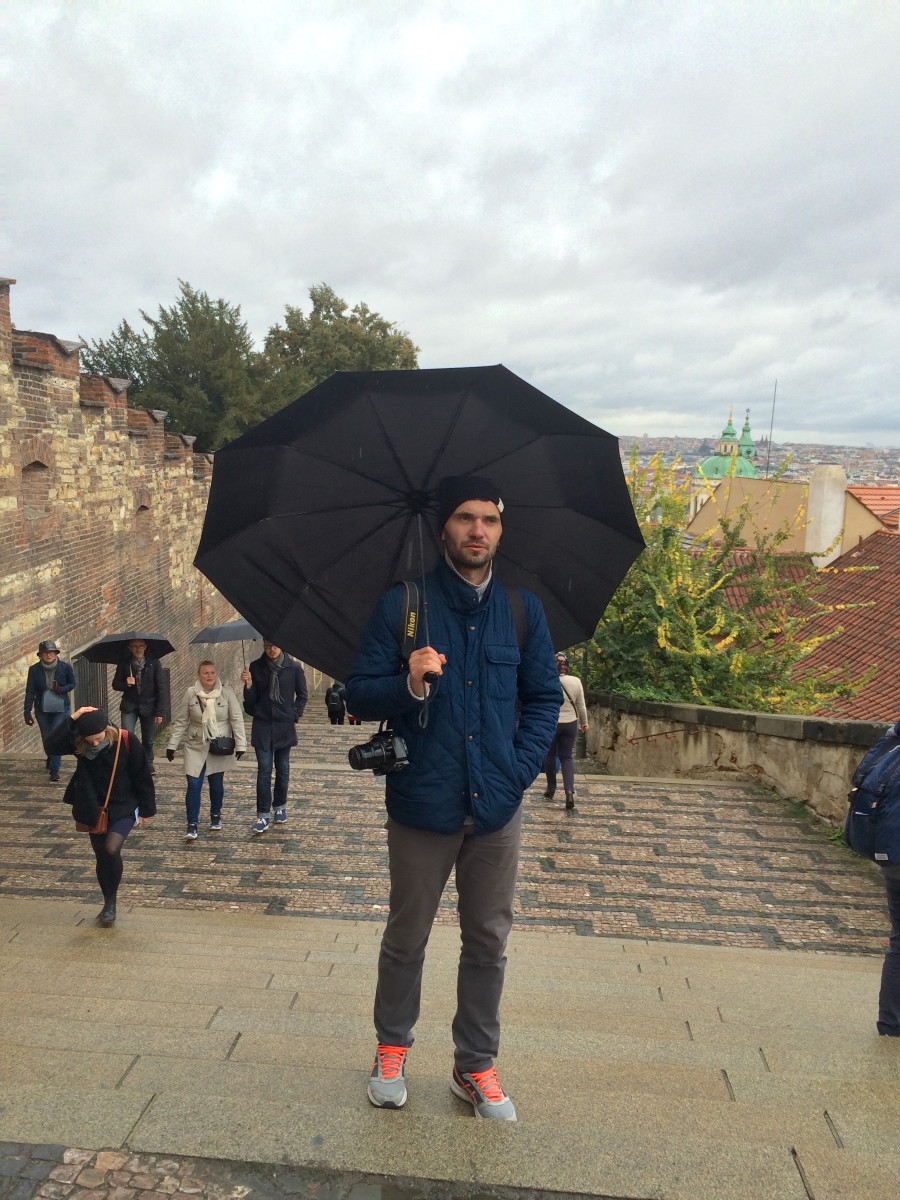 On the Way to Prague Palace | New Castle Staircase

Just 208 steps of the New Castle Staircase and you are up near the Prague Castle. The wonderful view of red roofs opens in front of your eyes. 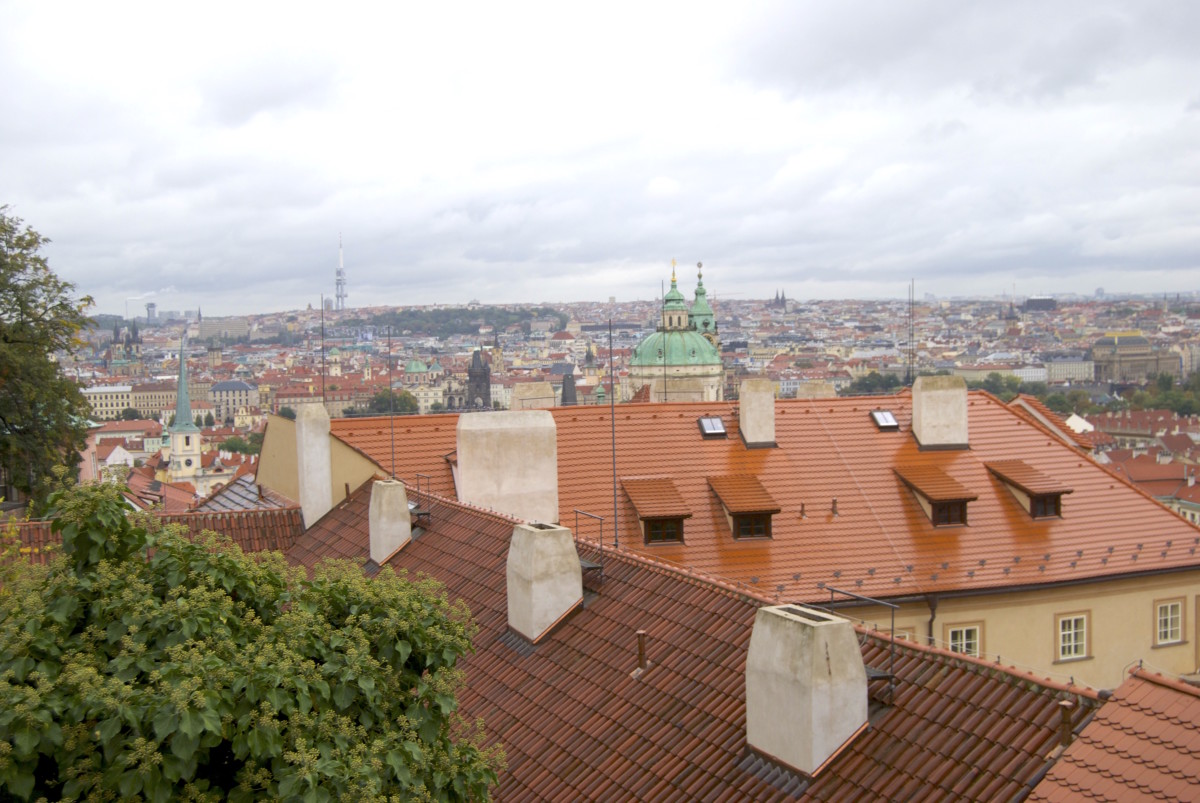 Apparently, people are interested in the royal life of the past rulers of Czech republic, because there were crowds standing in a line in front of the Prague Castle. 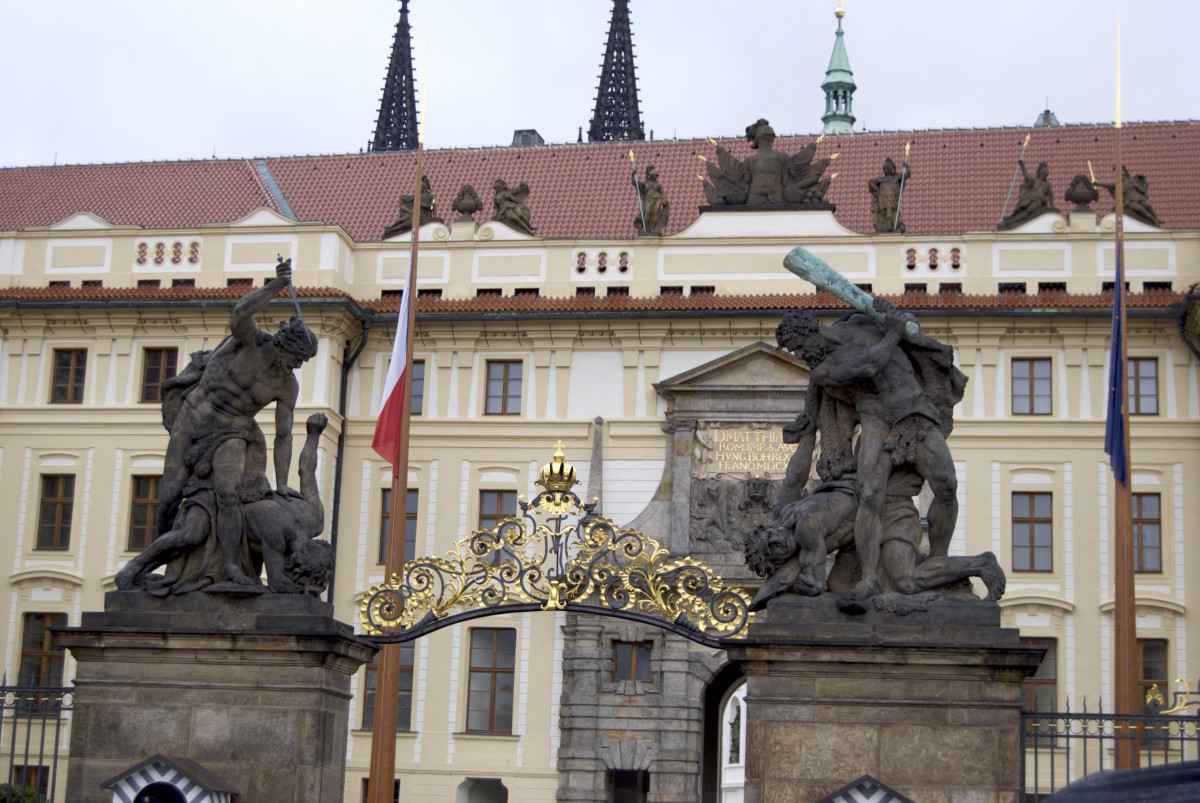 To go to the Old Town district we had to come back to Charles bridge and just walk in the opposite direction. The Old Town Tower that is situated on the right of the bridge leads to the Old Town. 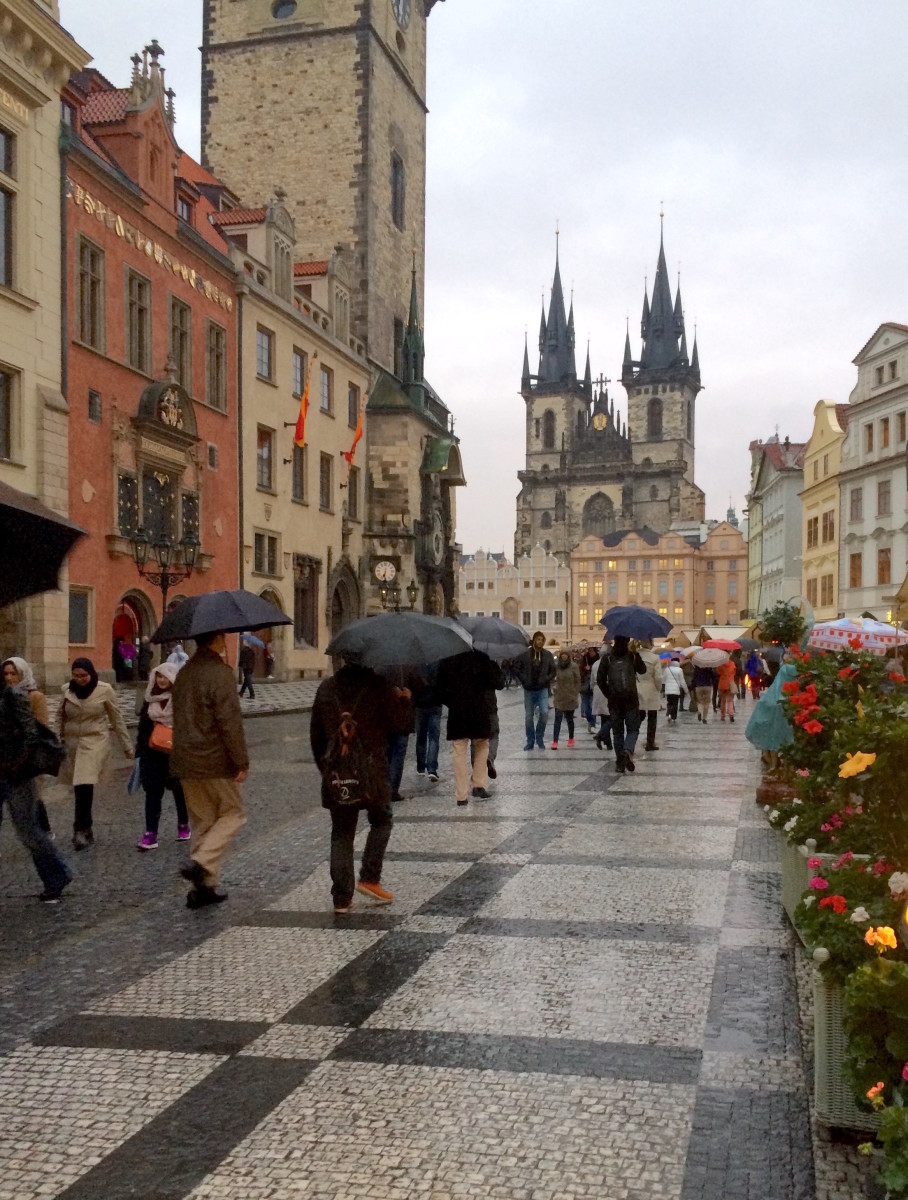 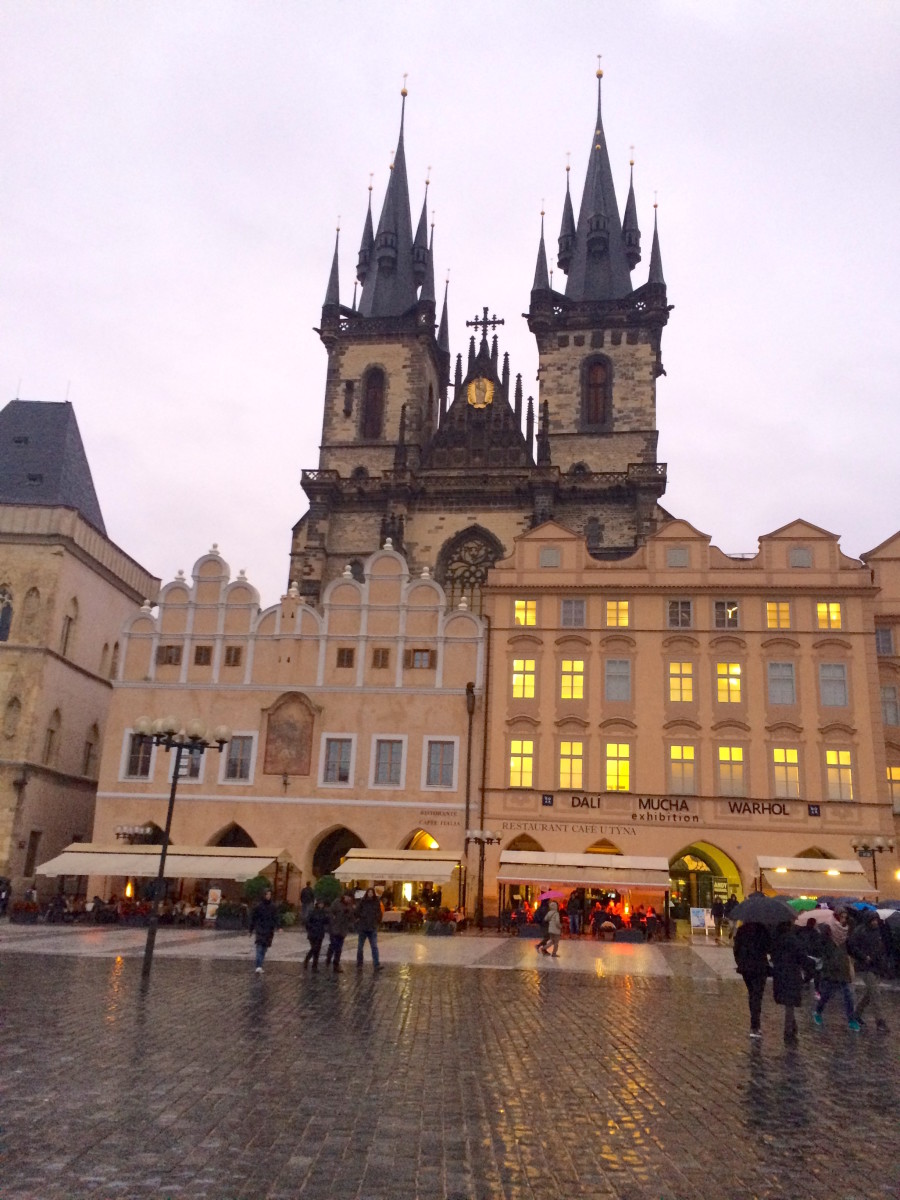 Just as Eifel Tower in Paris, the astronomical clock is Prague main sight. It’s one of the oldest clocks in the worlds and one and only that still works. Every hour it presents the small medieval show. The figures that symbolize the human sins start moving. Every hour lots of people gather in front of the clock and enjoy this short performance. The astronomical clock was built in the beginning of the 15th century and remains of the most interesting and popular sights in Prague. 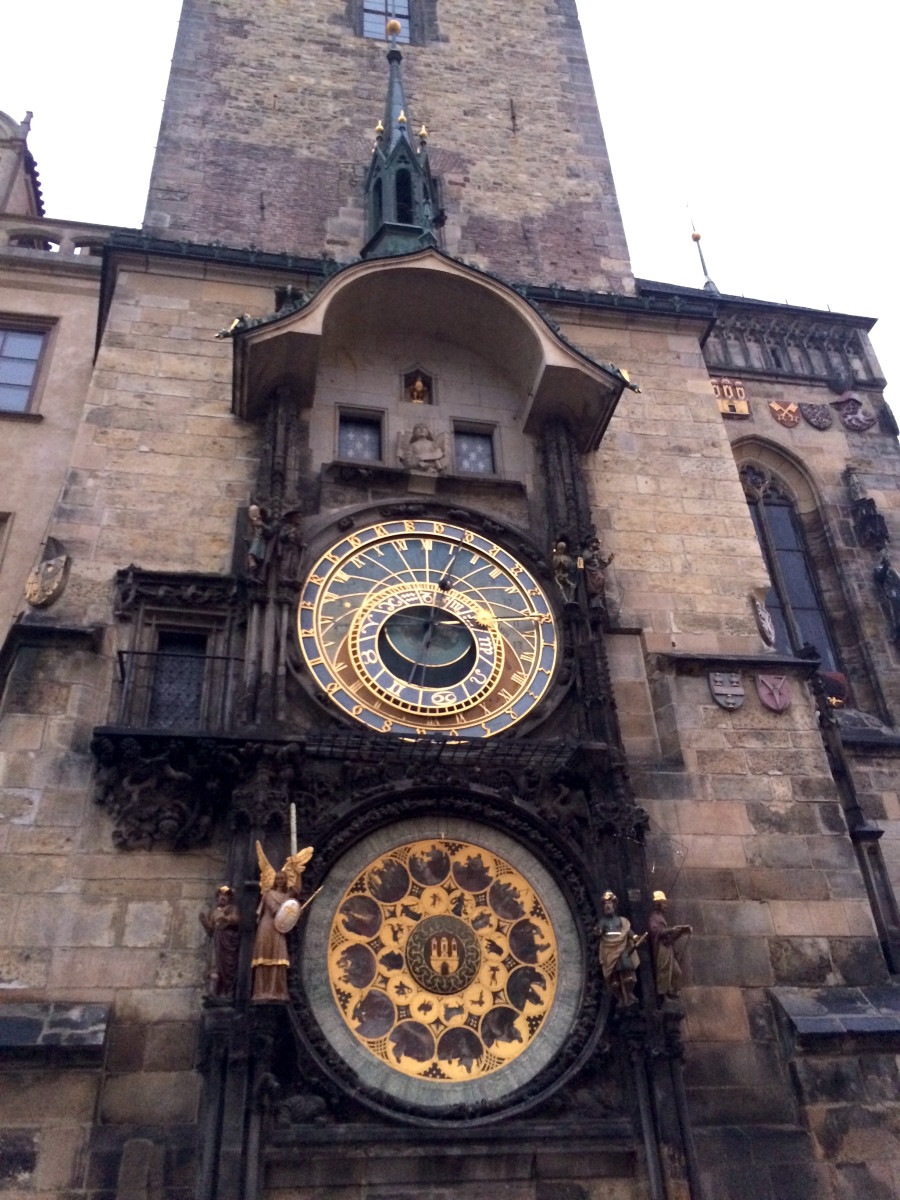 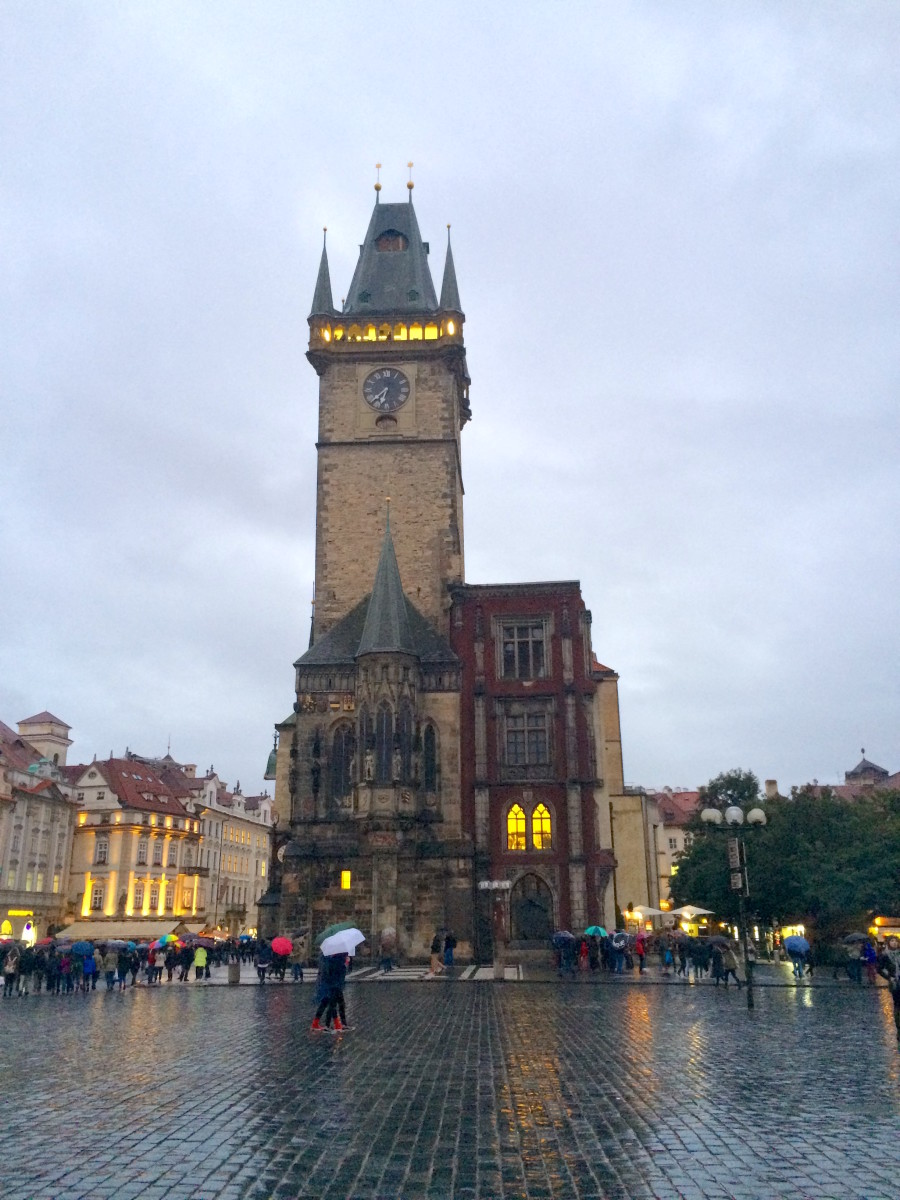 Being a cradle of Medieval times, Prague also has something to offer for the admirers of modern and contemporary art that are based on technologies.

The dancing house became a famous in Prague. It adds a special fresh flavor to the baroque and gothic city. 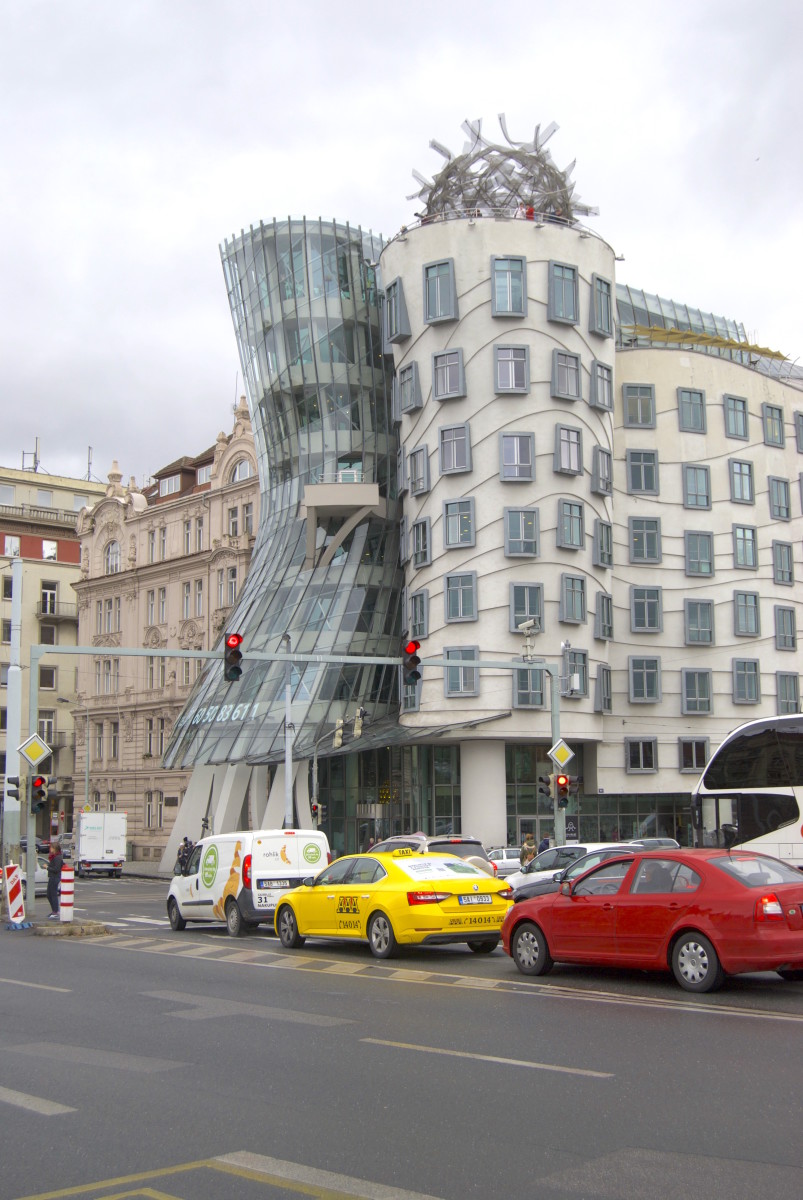 Art at the edge of science and technology.

Franz Kafka born and buried in Prag is honored here in a pretty kinetic artwork. The magnetic sculpture of the human head that resembles the great writer Kafka was created by the Czech artist David Cerny. It is situated near the shopping center Quadria. It consists of independently driven layers of steel that weight more than 40 tons. The steel layers move in a seemingly chaotic way and stop when the head form is consistent and recognizable. 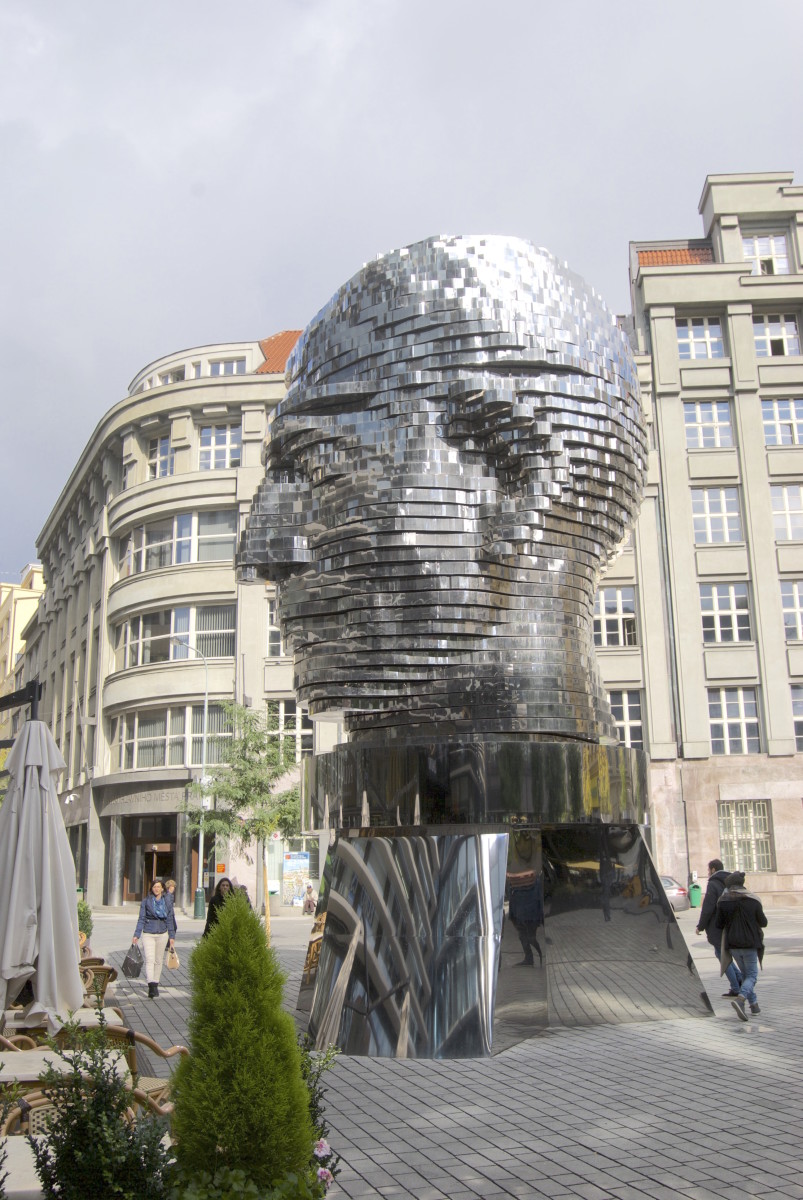 Going for a city walk in Prague without a plan and a city map is full of surprises. This city is very inviting for the spontaneous stroll, and it often offers your eyes something special, something you won’t find in the city guides and on the “must visit sight lists”. 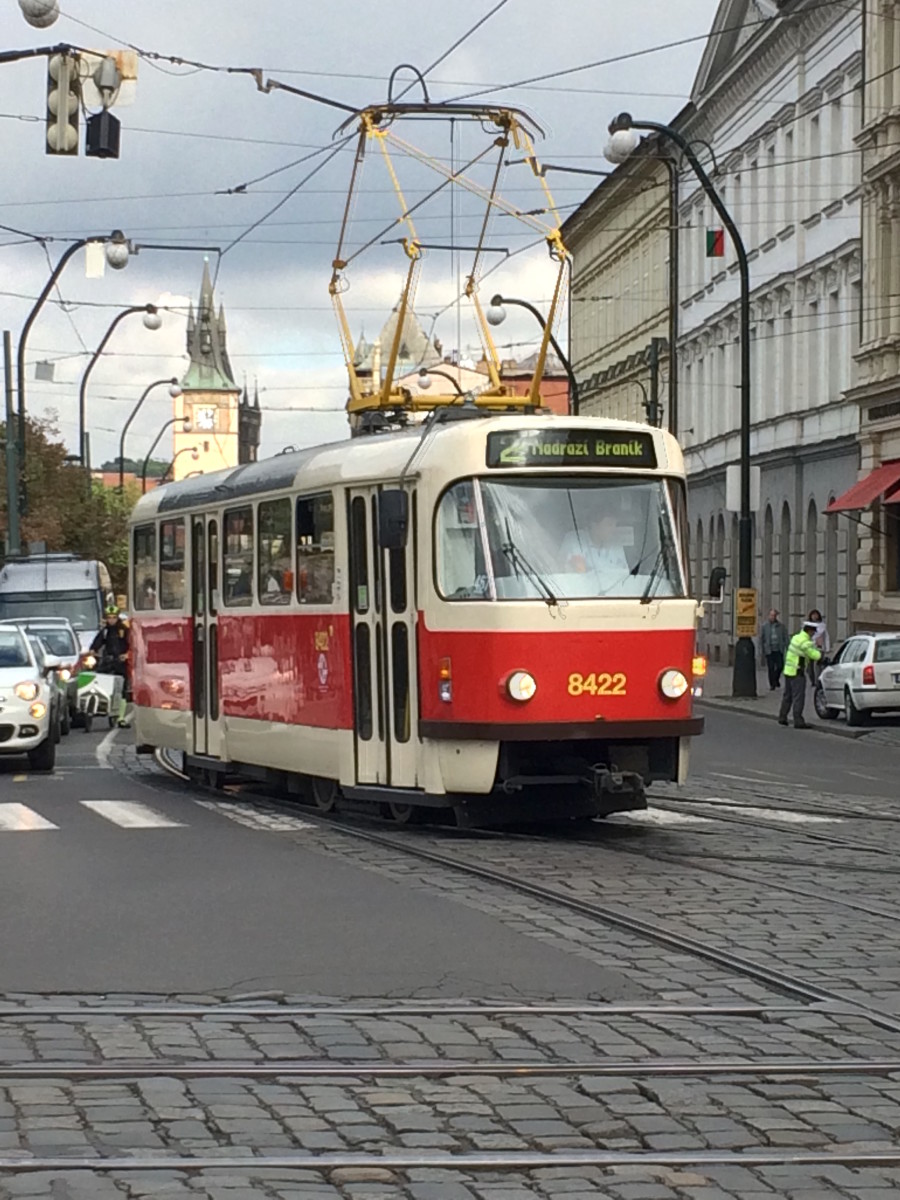 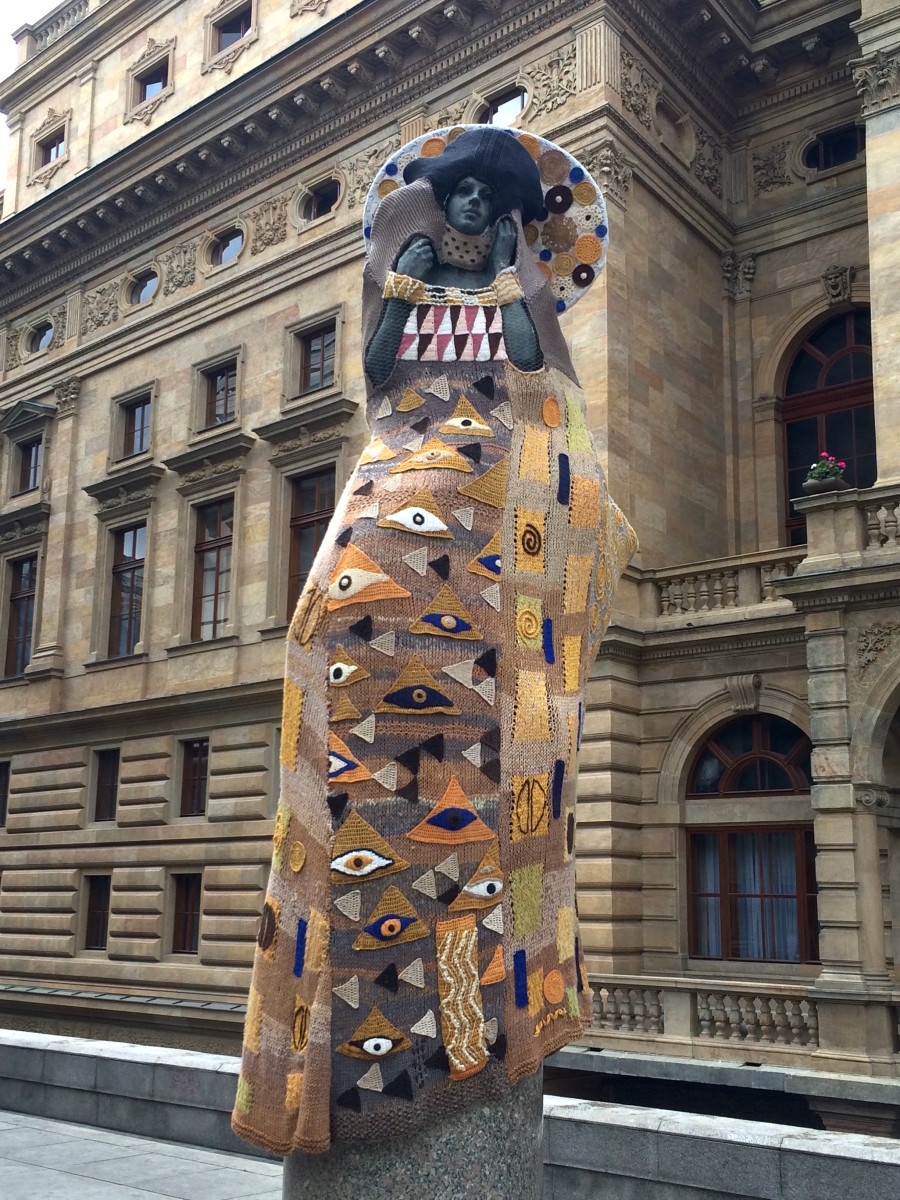 Prague is definitely the city that is worth discovering.