There is aways a woman behind every genius. The first woman is his/her mother, who  creates the invisible protection of a child with her eternal care and love. Mom helps to make the first steps and to recover from the first failures. Today the whole world celebrates the Mother’s Day and thanks the mom for their sacrifice.

Woman is close to God because like He, she is a key to eternity. Woman as a mom, and woman as a wife.

Both mom and wife are important in every man’s life. The mom helps her child in his first part of life, but becoming adult and getting married there is a wife behind a successful man. 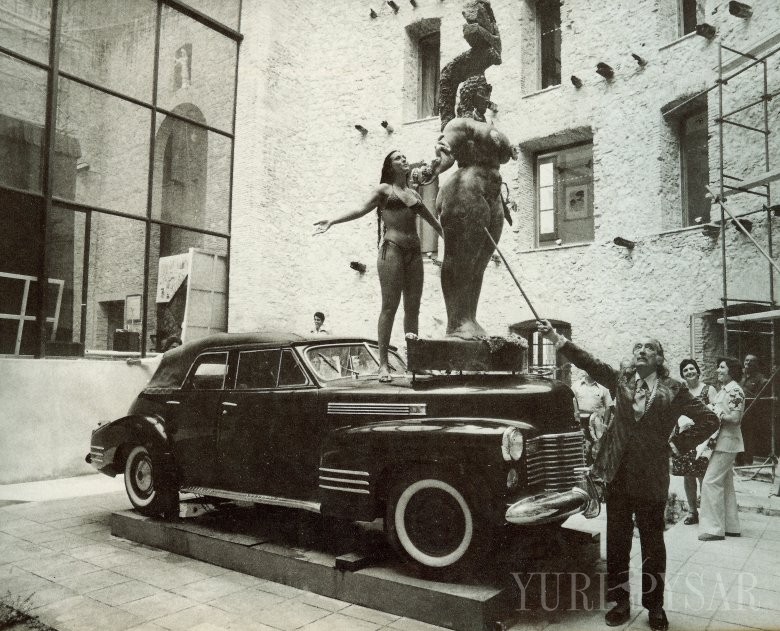 In addition to Mother’s Day, today is the birthday of strange and very talented Salvador Dali. His whole life was like a theatre, where he was the main art piece. But would we know him the way we know him now if he hadn’t met his wife Gala? She created this image of him, the cult of his personality. She was everything for him, his muse, his wife, his manager, him mom. Gala brought him back to life after Dali’s mom had passed away. She took care of his carreer  in order he could paint as much as he wanted. Being a bright figure of surrealist movement, he makes up his world on canvas. The genius’ inner perception, his boundless imagination travels on the verge of acceptance and totally craziness, but nevertheless his importance for art is enormous. The genius for whom the most necessary drugs were his Gala and audience never stopped shocking with his epater le bourgeois attitude. Yet he really stopped, when his Gala was away. She dissappeared, Dali dissappeared. Coming back to his iternal self, he plunged into deep depression that killed his willing to communicate with his canvas. She was the bridge that conntected his nature with life. 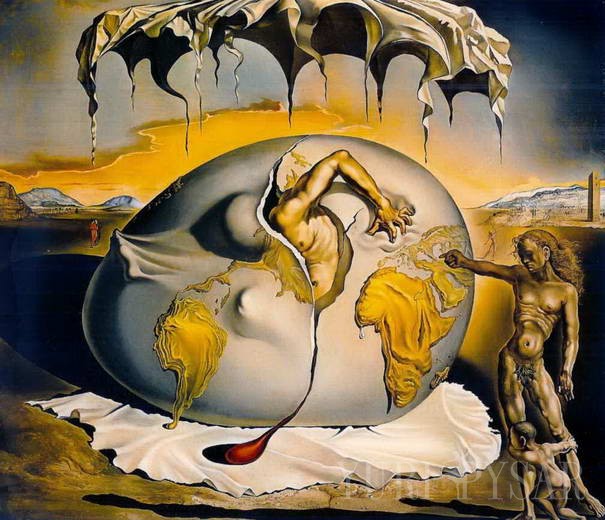 Geopoliticus Child Watching the Birth of the New Man, 1943 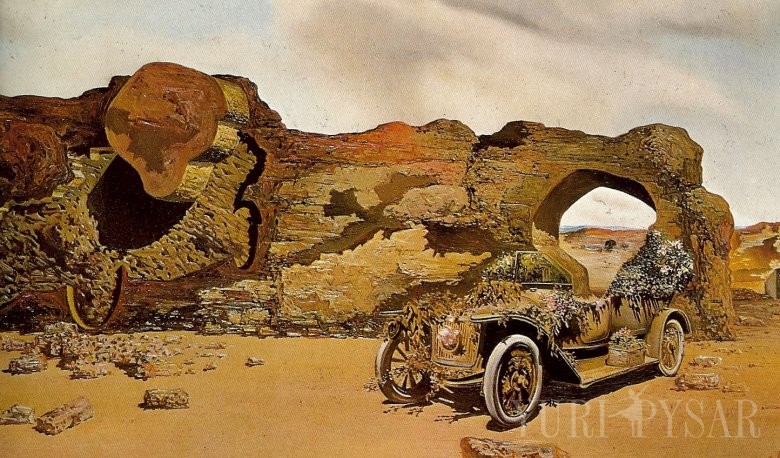 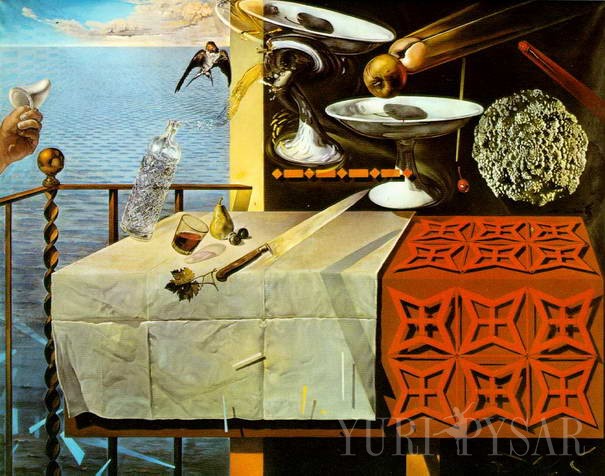 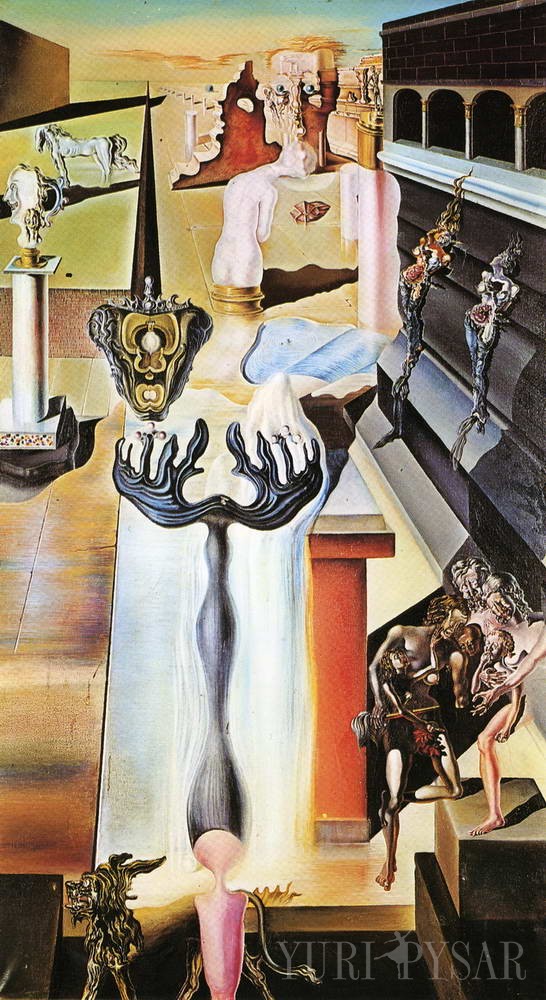 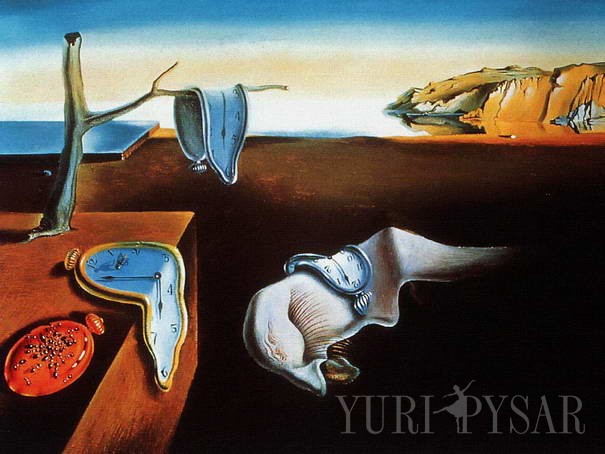 The Persistence of Memory, 1931