..Fighting for freedom! I still remember the moment I heard it for the first time. Being a small child I was walking in forest together with my grandfather.

And suddenly I saw the crosses with the ribbon in Ukrainian colors, yellow and blue. “What is that?” – I asked. And my grandfather started explaining me about the partisants, their ideas and views. He didn’t say partisants were heroes, but the intonation he was talking in, the pride his voice got, didn’t leave me a chance to hesitate that they were the real heroes of their times. They laid their life for Ukraine. They struggled for Ukrainain people to be free, free of soviets, FREE!

Years passed but the time didn’t change that much. And the battle for free Ukraine is as actual as 50 years ago.  The enemy like a dark cloud is still above our heads. It wasn’t sleeping, but waiting for the most convenient time to attack. Who is fond of history knows, that Ukraine has never grab territories that didn’t belong to it, Ukraine struggled for its land, people and country! And Ukraine was always hated by Russian Empire.

Russians always treated Ukrainians like something smaller, we were never equal to them, we were like a second sort Soviet people without a rich culture and any significant achievements in any fields. Unfortunately there are still many Russians who think we are strange people with the strange language that doesn’t deserve even to be called a language but a dialect. Russian propaganda works very hard and good to settle this thought in every Russian’s mind. Well, I don’t want to pay attention to Russia! I just want to say LOUDLY ENOUGH,  Ukraine is our home and we want to clean it ourselves, we don’t need “help” from our neighbours. So why do you then interfere?

The used to call us “brothers”, but they were never our brothers. Those, who hesitate should come back to the history. History has many answers in it and even for the situation nowadays! 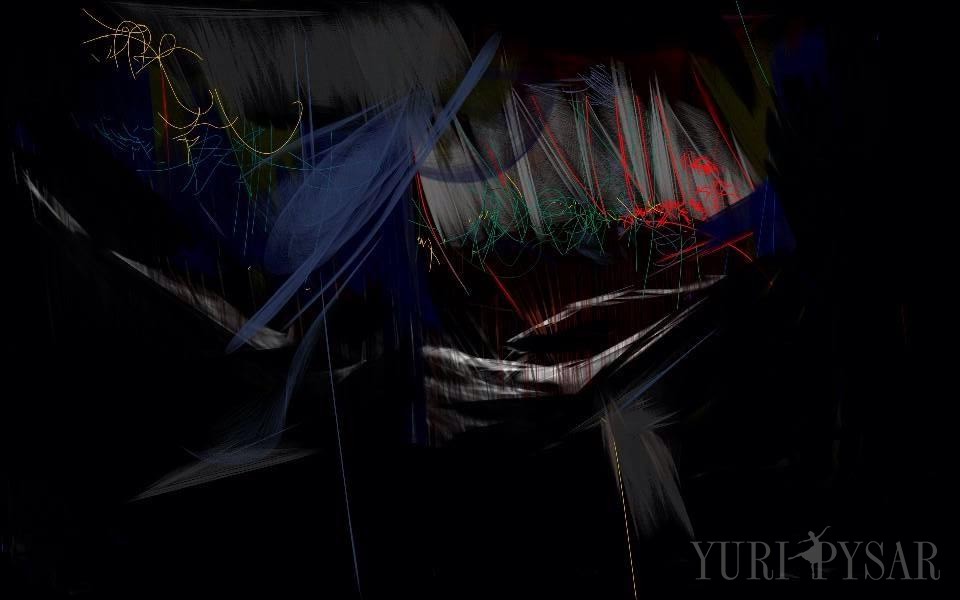 Painting intuitively always proves that the mind can’t be aside of events that are happening around you..accumulation of experience that you made during the last time comes as an image on the tablet!