Silence. You neither hear it nor touch. It’s impossible to sense its taste or scent. Having thought about it I understood that I don’t have any clear explanation.
As a means of a simplified understanding of it in music, there is the idea of a pause. For the better understanding of the space I like use analogy with the time, so to say with the related field of music. The means stay the same.

Maybe the silence is the chance to escape, to self-update in order to get a taste. Like the sip of water before the next sip of cofee. But to escape in our turbulent time became almost impossible.

I made an attempt to upgrade my senses through painting through which I percept the harmony of the world. Only now I began understanding why I always wanted a simpicity in my stilization’s principles. I just was looking for silence, I wanted to try its true taste. The taste of the complete freedom and self cleaning. The reflections of these thoughts on canvas is this new large painting.

This fragment is exaсtly that island of silence that updates the perception of color and form. 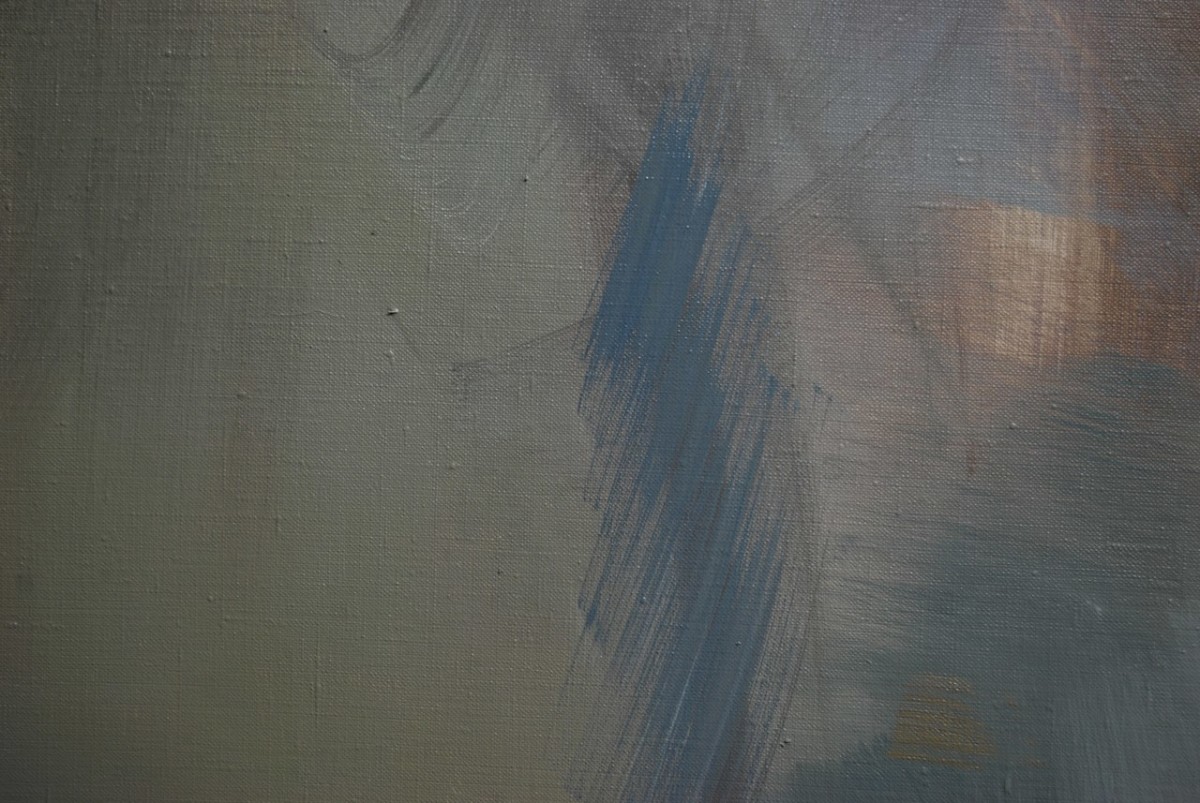 But it isn’t the emptiness, but the form of harmony, like the sky on a calm day. If looking into it, it’s possible to discover new space for the imagination. And in my turn I wanted to create my own pieces of the sky in the space of this canvas, my own main stations that will send the viewer to the dreamland of new (his/her own) creation. Exactly this point – viewers create something new – should be the artist’s main goal who is aware of his duty, who understands the purporse of his/her existence. Giving the viewer a chance to create him/herself, finding the connections between the elements of a painting and creating his/her own delicious combinations in the same painting. The creativity process consists in new answers for the same questions.